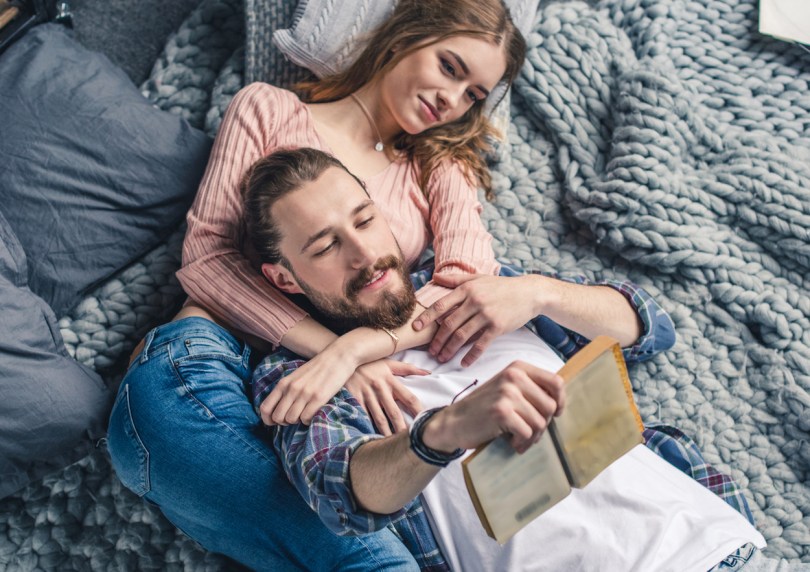 Did you know that reading is considered an attractive hobby by many online daters? According to eHarmony UK male daters who mention reading as one of their hobbies receive 19% more messages than those who don’t, while women improve their chances by 3%. It would appear that we view others’ reading habits as something of a window into their soul, with the right book capable of attracting messages from a variety of prospective matches. Don’t be tempted to lie and list any old novel, though; some books actively turn other daters away in haste. Confused? We’ve taken a look at eHarmony’s study to bring you a guide to the books you should be reading…

The Girl with the Dragon Tattoo, Stieg Larsson

It’s apparent that women and men are fans of psychological thrillers, perhaps searching for signs that their potential matches would be able to read them accurately during a first date. Either that, or we’re simply too curious to ignore the twists of this tome…

Affect on online datability: Men who list this particular tome as a favourite improve their chances of receiving a message by 36%, while women up theirs by 31%.

Gentlemen; let your lady know you’re capable of protecting her during times of uncertainty and instability by listing 1984 among your favourite reads. It would appear that women love a thinker, since this book rates rather highly.

Affect on online datability: Men who mention this dystopian thriller are likely to receive 21% more messages than those who don’t. Other popular books for men to mention include business titles and autobiographies, historical thrillers such as The Da Vinci Code, and books about World War II.

Attention ladies; if you’re looking to bag a strong, silent type admit your adoration for A Game of Thrones. If you have seen the television series and loved its unflinching attention to detail, now is the time to pick up the books and start reading.

Affect on online datability: Women who have read the Game of Thrones series entice 30% more messages than those who haven’t. Female bookworms may also want to mention The Hunger Games, To Kill a Mockingbird, and Pride and Prejudice amongst their favourites.

The books you may not want to mention…

Despite its status as a franchise for lovers E.L. James’s Fifty Shades series ranks rather unfavourably, with female fans receiving 16% less messages if they dare to mention Christian Grey’s name. Perhaps his moniker is simply too intimidating for many nervous online daters! Women may also wish to avoid mentioning Twilight, while men should keep quiet if they’re into fantasy; the Lord of the Rings and Harry Potter books both turn potential matches off, according to eHarmony UK’s research. It would appear that eHarmony’s women like their men a little more grounded in fact than fiction.

Do think very carefully before lying about reading any of these books; you may have to read several hundred pages in haste if your next match is a particular fan… While the books we read can’t always accurately reflect our personalities, we’re betting you’ll think a little more carefully before including your favourite novel!

Warning: count(): Parameter must be an array or an object that implements Countable in /nfs/c04/h02/mnt/65055/domains/easydatingprofiles.com/html/wp-includes/class-wp-comment-query.php on line 405